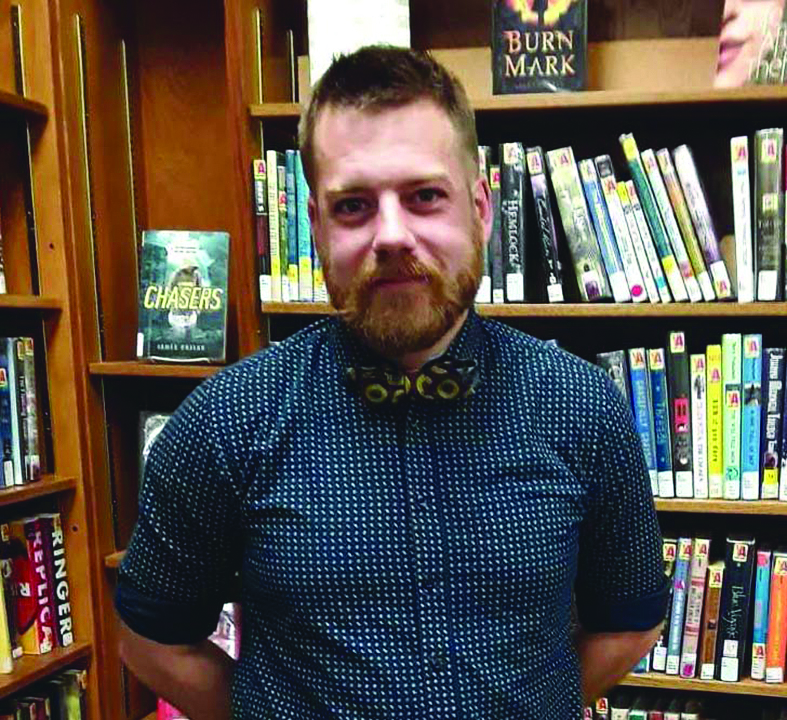 Garrettsville - During a special meeting held in late October, the Portage County District Library’s Board of Trustees appointed Jonathan Harris, currently the manager of the system’s Aurora Memorial Library branch, as the new library director. Harris succeeds Cecilia Swanson, who announced her plans to retire earlier in the year, after having served Portage County residents for nearly 25 years. Swanson’s last day will be November 30.

Harris assumes his new role as library director on December 1 and has commented on how he envisions the system while under his leadership: “Whether you walk in our doors or we do outreach to yours, we’re [PCDL] committed to providing the best service possible. I’m looking forward to their input on ways to keep the library a welcoming place for all of Portage County.”

Harris initially began his career in public libraries as a part-time page for Medina County District Library, a system of which his father was library director. This being the case, it gave Harris a significant sense of pride when telling him he’d been appointed as the new library director of PCDL. He then moved on to work as an associate in the children’s department at Mentor Public Library, and soon afterwards earned his master’s degree in library and information science from Kent State University. From there, Harris moved into a position with the North Canton Public Library as head of its young adult services.

As the branch manager of the Aurora Memorial Library, Harris’ key objective, when starting in this position, was to make it Aurora’s “worst-kept secret” and he’s confident the branch library is gaining in this regard. To stimulate this objective’s success, Harris routinely carried a laptop and his own Hotspot to community events while promoting PCDL and he considers this a precursor to what’s now being called “The Pop-Up Library.”

In addition to this project, Harris made registering every first-grader within the community with a library card a priority. He’s also been active with Aurora’s Chamber of Commerce, Recreation & Parks, and the community’s Rotary Club, all of which coincides with his vision of gaining more community involvement. “I would like our communities to understand that PCDL is their library,” says Harris. He’d like to position the library into being asked by other organizations to partner with them for special events or projects.

Regarding his vision and plans for the six branch library system with an outreach services department, Harris would like to build upon the system’s strategic plan, work to promote job training and placement, assist other organizations in combating the opioid epidemic, and will strive to continue positioning the library system in leading the charge for providing literacy resources, continuing to support Portage County residents in their pursuit of lifelong learning.

Also on his agenda: Harris would like to explore additional funding opportunities such as grants, and will work to learn more about what library service means to Portage County communities, including communities with limited direct service. As a volunteer consultant with the non-profit EveryLibrary, an organization dedicated to building voter support through advocacy in support of public funding, such skills will certainly prove to be an added benefit to his leadership. Asked for his opinion on the conversation that the internet and technology are continuing to be a threat for public libraries and their existence, Harris states: “Advances in technology are only a threat if we don’t know how to use them. Helping people to understand and use them… that’s our [public libraries] role.”

Being a librarian first and foremost, Harris does, of course, have a favorite book. It’s The Sparrow by Mary Doria Russell (a favorite author as well). He also enjoys camping, hiking, cycling, and the film “Charlie Wilson’s War” is a favorite watch.
Outgoing library director, Cecilia Swanson, shares: “It has been a pleasure and an honor to have served Portage County and to have worked with such a great staff.” While under Swanson’s leadership, PCDL has been dedicated to providing the resources and services that would offer the most benefit to Portage County residents.

During Swanson’s tenure, she is credited with fostering a few resource and service concepts which are beyond traditional library delivery, concepts such as the installation of WiFi at branches, the Library Express lockers for remote material pickup around the county, and a library vending machine located at Northeast Ohio Medical University’s NEW Center in Rootstown. Resources including the acquisition of downloadable and streaming content from website, participation in the SearchOhio interlibrary loan program, and adding Blu-Rays to the Library’s collection. And, more recently, the lending of mobile hotspots and fine-free returns at PCDL branches. Sharing a parting thought for the library system, Swanson says, “I’m sure there are many more remarkable things coming in PCDL’s future.”